The Man Who Dressed the Stars: Eddie Schmidt 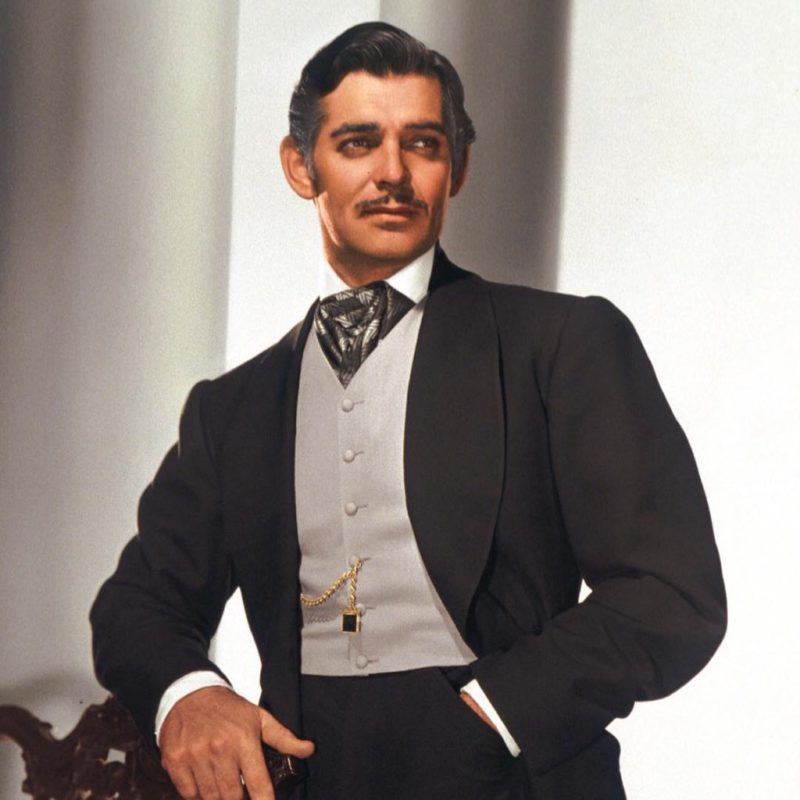 Actor Clark Gable in a costume tailored by Eddie Schmidt (from Gone with the Wind).

When “Hollywood’s tailor” Eddie Schmidt died in a car accident in Los Angeles on May 23rd, 1937, at the age of 63, he had built a reputation as one of the most innovative tailors in America. A favorite with the cream of Hollywood’s greatest movie stars during its golden age, some of his admirers even went so far as to hail his company, Eddie Schmidt Inc., as the greatest tailor in the world. Ironically, Schmidt himself never sewed a single garment. He was, however, a superb stylist who employed some of Europe’s finest cutters and revolutionized men’s and women’s fashion in the early decades of the 20th century.

Born in 1874, Schmidt’s success went hand-in-hand with the growth of the movie industry in Hollywood. He began his career at the age of 20 by taking over a Los Angeles clothing store when the owners could not afford to pay the rent. Around the same time in New Jersey on the east coast, the prolific inventor Thomas Edison built the first movie studio in America. Other movie producers followed suit, establishing New Jersey as the motion-picture capital of America. By the early 1900s, Edison held virtually all of the patents for movie production and exhibition, and controlled the industry with an iron fist. Starting with Nestor Studios in 1911, movie producers began to relocate to the small town of Hollywood to take advantage of its year-round sunshine and, more importantly, escape from Edison’s monopoly, which he found impossible to impose in California. By the time Hollywood had completely replaced New Jersey as the center of American movie production in 1915, Eddie Schmidt had already developed his distinctive style of double breasted suits and dinner suits, and single breasted jackets with 2 buttons and a double vent. That same year, he relocated his business to larger premises on 7th Street, Los Angeles’ most exclusive shopping district.

Shrewdly giving preferential treatment to the movie studios, Eddie Schmidt quickly became established as their tailor of choice, and provided clothes for more stars than any other tailor. Some of the earliest actors to be dressed by the company were Douglas Fairbanks, Sr., William Powell and Adolph Menjou, considered by many to be the best-dressed man in America. In his 1948 memoir, It Took Nine Tailors, Menjou recalled his relationship with Schmidt:

“Although I had dozens of suits made by London and Continental tailors, I found that Eddie Schmidt was as fine a creative tailor as any of them. Most of my experiments in clothing were made with the assistance of the elder Schmidt. One of the first things we tried was taking the buckram out of the lining of coats so that they could be draped with a little fullness over the chest and the shoulder blades. It took a long time to make this style popular, but now one seldom sees anything but a draped coat. We also narrowed the sleeves of coats and eliminated the creases in them. Then we spread the top buttons on double-breasted suits so that the shoulder line was broadened; and we tried a number of other innovations that have become standard in men’s clothes.” 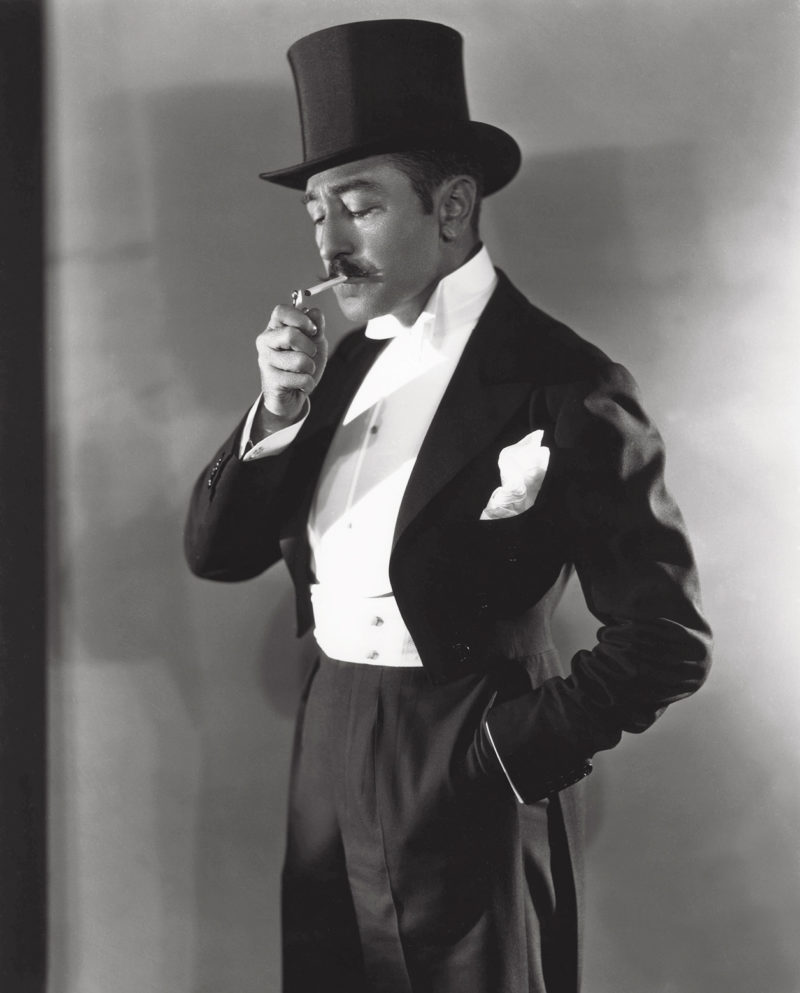 Adolph Menjou in an Eddie Schmidt tailcoat in Morocco (1930).

In the late 1920s Schmidt set up offices at MGM, Fox and Paramount. This made it more convenient for producers and directors to send their actors to the company to be dressed for their movie roles. The studios also paid Schmidt to design clothes for the actors’ private lives. By 1930, Eddie Schmidt had become so successful that he could afford to build his own four-story building in downtown Los Angeles. Renting out the first two floors, the company dedicated the third floor to its women’s department, which created Marlene Dietrich’s and Katharine Hepburn’s famous trouser suits and tuxedos, and the fourth floor and the penthouse to its men’s department.

In the 1930s, there were three kinds of tailors for Hollywood actors. Real world tailors outfitted actors for their off-screen lives, studio tailors worked exclusively for the movie studios to create on-screen costumes, and two-in-one tailors, like Eddie Schmidt, provided clothes for the studios, but also had their own businesses. The very top Hollywood actors would have practically all of their on-screen clothes custom-made by the two-in-one tailors.

Dubbed the “King of Hollywood,” there was no bigger movie star in the world at that time than Clark Gable. He and Eddie Schmidt had a particularly close working relationship. Schmidt was Gable’s style mentor, providing both his on and off-screen clothes. From around 1930 to 1945, all of Gable’s on-screen sports coats, suits, overcoats, uniforms and pair of trousers were custom-made for him by Eddie Schmidt, Inc. 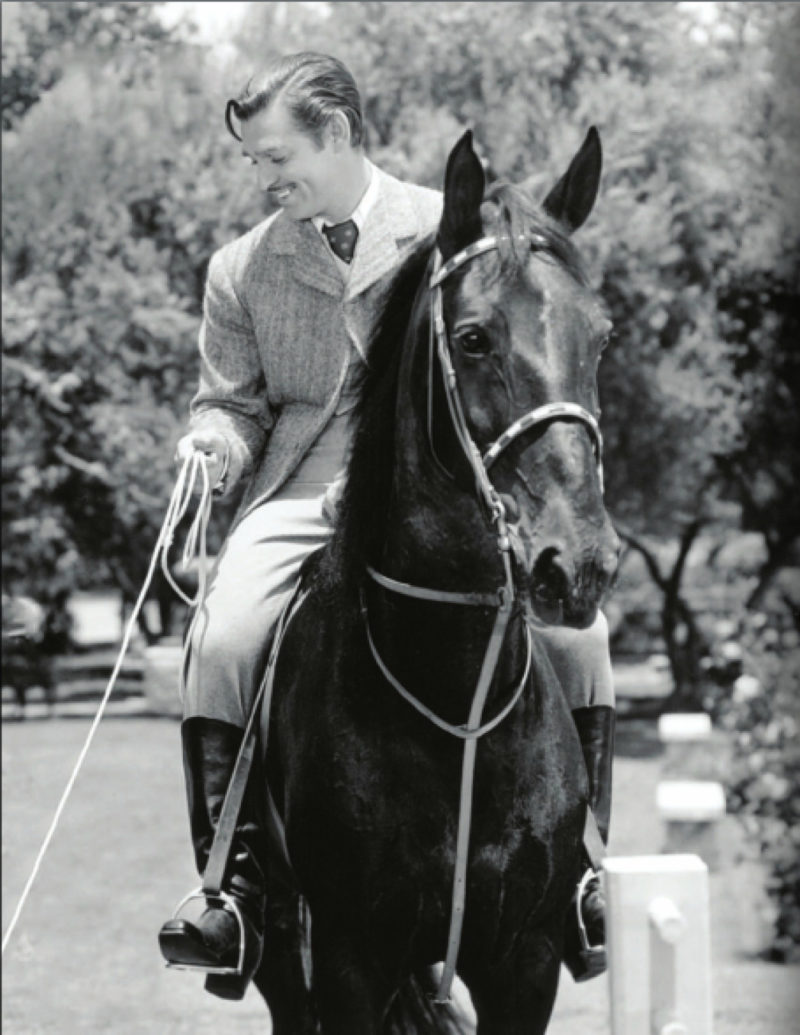 Clark Gable in an Eddie Schmidt jacket in Gone with the Wind (1939).

Perhaps the most famous on-screen clothes Schmidt made for Gable were those which he wore in Gone with the Wind in 1939, but Schmidt wasn’t the first choice of tailor for the movie.

The original director of the movie, George Cukor, had his own clothes made by the Beverly Hills haberdasher Alexander Oviatts. Once assigned to the movie, he commissioned Oviatts to make the costumes. Clark Gable was not happy with the decision. He hated the clothes and Cukor in equal measure. As a result, he delivered an uninspiring performance before finally walking off the set. Producer David O. Selznick replaced Cukor with Victor Fleming, fresh from directing The Wizard of Oz, and, after a meeting with Eddie Schmidt, Jr., now heading the company after his father’s death, head cutter John Galuppo, and Gable, arranged for a new wardrobe to be made for the star. Two sets of each item were made in case any were damaged during filming. The cost of the new wardrobe and the re-filming of all of Gable’s scenes was significant, but the investment paid off. Upon its release, Gone with the Wind was a box office sensation, breaking attendance records and winning eight Academy Awards.

The list of actors dressed by Schmidt was a who’s who of Hollywood stars. Just a small selection included Charlie Chaplin, Gloria Swanson, John Wayne, Carole Lombard, Lawrence Olivier, Greta Garbo, Orson Welles, James Stewart, Fred Astaire, Gary Cooper, and Humphrey Bogart. One of their most unusual clients was the ventriloquist’s dummy Charlie McCarthy. Although the dummy had cost only 26 dollars, its trademark tuxedos cost up to 200 dollars each. Schmidt also made clothes for directors, producers, studio heads, prominent figures outside the movie industry, and British royalty. In the mid-1920s Eddie Schmidt and his cutters paid a visit to the mansion of Douglas Fairbanks, Sr., to give his house guest, the Duke of Windsor, the future King Edward VIII, a fitting for a jacket and a dinner suit in the Eddie Schmit style -.one-button double breasted with wide lapels. At a dinner party back in England the Duke was asked which Savile Row tailor had made the suit. After revealing that it was an Eddie Schmidt suit, it is said that Savile Row tailors began to copy the style, leading to it becoming de rigueur for the rich and powerful.

Some felt that the quality of the company’s tailoring began to decline after the death of Eddie Schmidt in 1937. Its star certainly began to wane after the Second World War under competition from newly established young tailors. Eddie Schmidt, Inc. eventually moved to Beverly Hills where in partnership with cutter John Galuppo; it was renamed Schmidt & Galuppo, Inc. The company continued to dress movie stars until eventually closing its doors for the last time. Although long gone, Eddie Schmidt’s stylish and innovative tailoring has been immortalized in the countless movies they created the clothes for, and will continued to be admired and emulated by those for whom the sartorial elegance of the stars of the golden age of Hollywood remains the pinnacle of style and glamour. 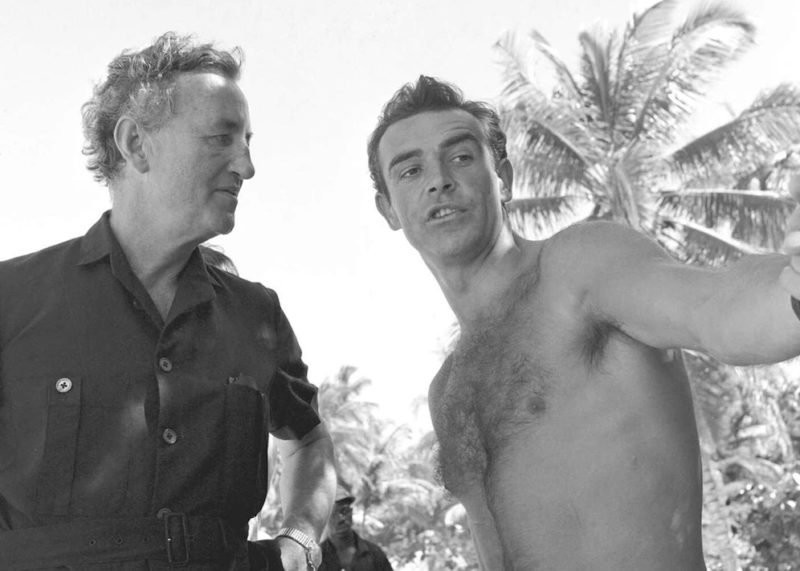 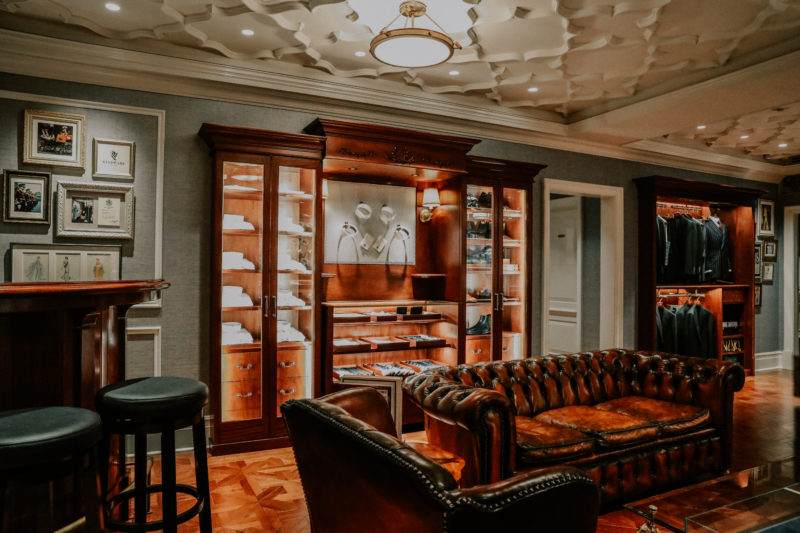 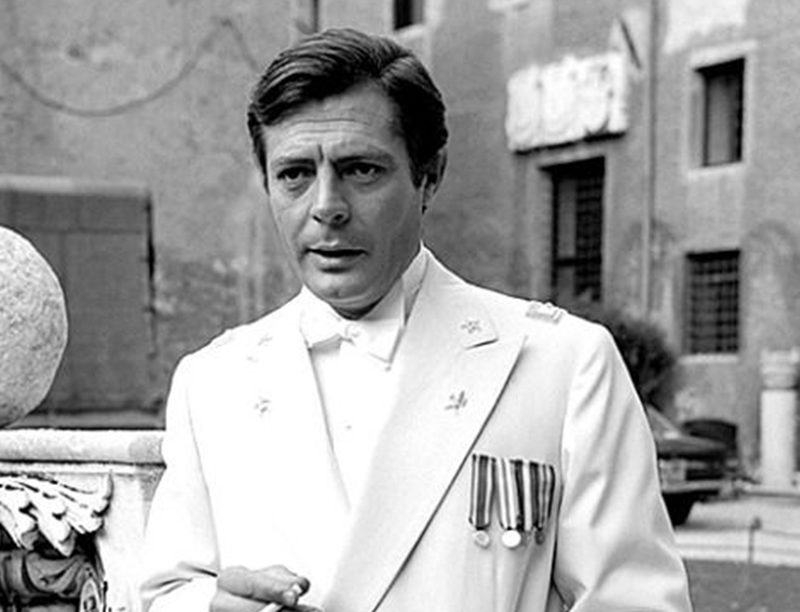 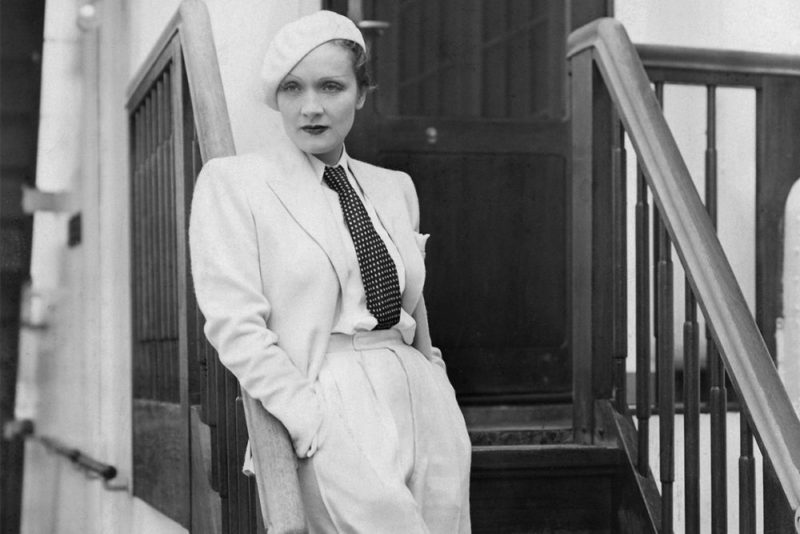 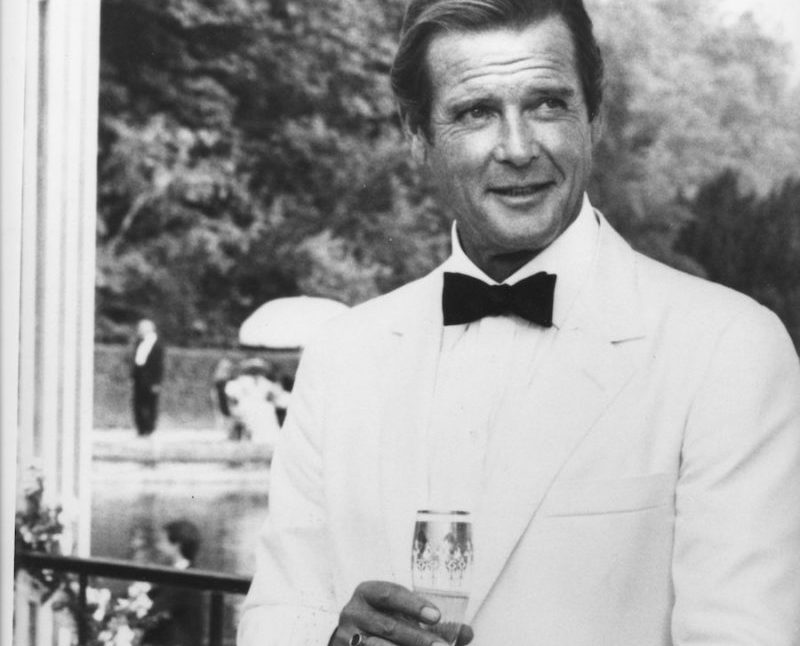 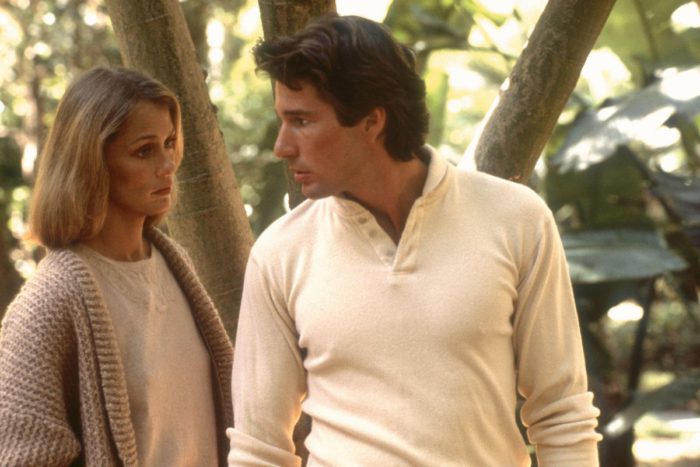 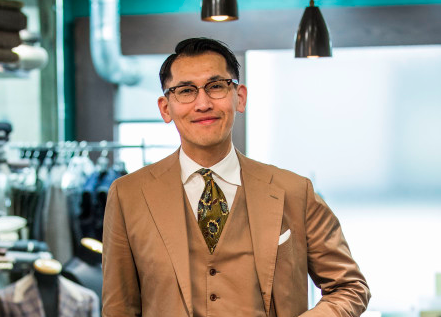 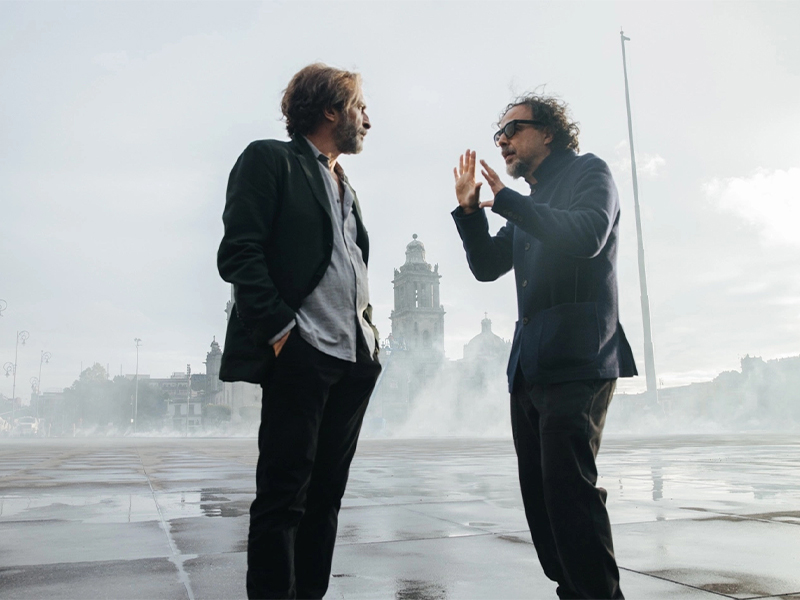